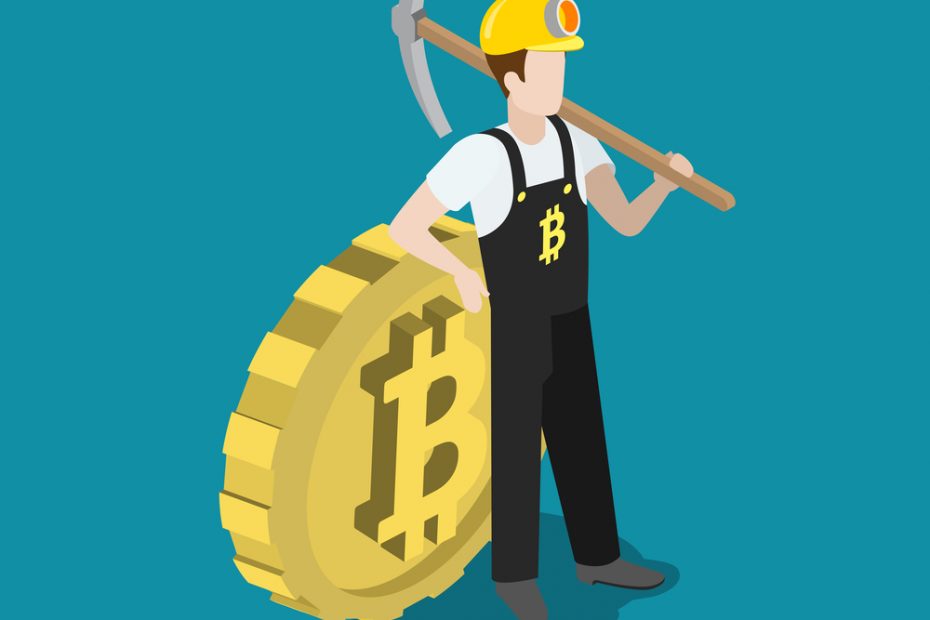 Why Do Cryptocurrencies Have To Be Mined?

Why do cryptocurrencies have to be mined?

Cryptocurrencies have to be mined as a means of introducing new coins into circulation. Being the first blockchain network to be introduced back in 2009, Bitcoin is the biggest network that relies on mining.

Several other coins have adopted PoW as a consensus mechanism given its time-tested record.

Other more popular coins using the PoW mining system include Litecoin, Ethereum, and Bitcoin Cash. However, Ethereum is slowly transitioning to a Proof of Stake (PoS) system, which dispenses with miners for stakers.

Read: Do All Cryptocurrencies Need To Be Mined?

Miners deploy computing resources towards solving complex mathematical problems. The first one to successfully solve gets to be rewarded with brand new coins. The rest are paid to verify transactions.

On the other hand, Staking involves holding an amount of a specific coin in your wallet to earn the right to participate in the validation of transactions and governance of that particular network.

Read Is Staking Worth It?

The system works similar to a lottery ticket, and the staker with the largest stake is the most likely to create the next block of transactions and therefore is rewarded with brand new coins.

In brief, cryptocurrencies can be introduced into circulation in several different ways, but the two most common are mining and staking.

Staking is more recent and less ‘battle-tested’ than mining, which leaves mining as arguably the best way to gain consensus in a blockchain network and generate new coins.

What happens if no one mines Bitcoin?

Miners are tasked with the validation of transactions and generating blocks. As a reward for their efforts, they are issued with brand new BTC coins.

This way, they help introduce new coins into circulation. We can see that miners perform three valuable tasks within the Bitcoin network:

If the Bitcoin network suddenly had no miners, the three functions stated above would not be performed. However, other functions of the network would continue. For instance, people would still be able to send coins between wallets.

The problem of double-spending would arise given that these transactions will not be validated.

Double spending involves the use of the same coin from the same wallet in more than one transaction. Miners help to validate that the coins being transferred from one wallet have not been spent before.

We can also see that the transactions will not be added into blocks to form the blockchain if there are no miners.

And finally, we can speculate given that no blocks are getting generated, no one will be rewarded new coins, and therefore, no new coins are getting introduced into circulation.

Can Bitcoin work without miners?

Bitcoin can work without miners. However, this is only true at a technical level. In actual sense, miners are an indispensable ingredient of the Bitcoin blockchain. Without them, the network can barely survive a few hours at best.

Users of the Bitcoin network can still send and receive BTC or exchange value within the network.

The biggest problem that the network would face if it had no miners is double-spending. This means that the same coins could be spent twice from the same wallet.

Mining is not the only way to validate transactions, generate blocks or introduce brand new coins to the network. A possible alternative to miners or the system of mining is staking.

As opposed to mining, Staking requires that the transaction validators stake a position of their coins to qualify for the job.

Once they do, the stakers can then perform the same thing that miners do: they can validate transactions, create blocks, and be rewarded with new coins.

Furthermore, they can do it utilizing less energy while offering greater network throughput.

In the latter case in which stakers replace miners, yes, Bitcoin can work without miners.

Is mining Cryptocurrency worth it?

Mining cryptocurrency can be worth it, depending on your goals. There are two goals most miners have, and these are either for selfish or altruistic reasons. These goals are not mutually exclusive.

A miner can join a blockchain network to contribute their computing resources towards keeping the network afloat.

Satoshi Nakamoto did this to Bitcoin in its formative years before other miners joined them. If your interest in mining is to support a growing (struggling network), mining is worth it.

Read: Alternates to Mine From Home

If your reasons for mining are purely for selfish reasons (i.e., profitability), you may be better off avoiding some of the bigger networks.

This is because most big networks such as Bitcoin and Ethereum have become so large that mining costs are incredibly just as high.

To effectively participate in profitable mining, smaller networks such as QuarkChain (QKC), Metaverse (ETP), or Ethereum Classic may be a better option.

It is still possible to mine some of these smaller coins using cheap hardware at home as a hobby.

This is not the case with Bitcoin mining which requires immense investment in hardware. It is also not possible to mine Bitcoin solo as a hobby.

The only way to become a Bitcoin miner is to buy expensive ASIC machines and join a mining pool. Even then, the profits may be so low that it’s tough to justify the effort.

What happens when all 21 million Bitcoins are mined?

The total supply of BTC coins is capped at 21 million. That is all the bitcoins that will ever be released into circulation.

Currently, there are about 18,698,000 bitcoins in circulation, representing about 89% of the total supply.

By 2030, 98% of the coins would have been mined, leaving only the remaining 2% of the coins.  These should be mined until approximately 2140, when the last of the 21 million will be released for circulation.

The new issuance is baked into the Bitcoin code, which is a way to reward miners for their efforts in validating transactions on the network.

When all the possible BTC coins have been mined, it would be expected that miners will have no more incentive to continue participating within the network. This is not true.

After the 21 millionth coin has been mined, miners will switch to fully getting compensated through the network transaction fees.

Miners are compensated for their activities right now, but the transaction fees make up a minor percentage of their pay while the majority is made in block generation rewards.

To ensure a smooth transition from reliance on block rewards to transaction fees, Bitcoin creator Satoshi Nakamoto designed a deflation technique to regulate the issuance of new coins. Every 210,000 blocks, the block reward is cut in half in an event called ‘Bitcoin halving.’

Conversely, transaction fees are becoming more valuable as the value of a single bitcoin grows.

This means that as the block rewards reduce and thereby becoming less of an incentive to miners, transaction fees will take up their role gradually until they entirely replace block them in the year 2140.

More about this in this article.

Can there be more than 21 million Bitcoins?

No, there cannot be more than 21 million bitcoins. At least not in the current Bitcoin code’s implementation. The Bitcoin software has been set to only issue 21 million coins by the year 2140.

However, Bitcoin is a public software that can easily be altered through community consensus.

Given the kind of changes witnessed in the last decade since the launch of Bitcoin, it is hard to imagine that Bitcoin will retain its original form over the coming century.

If the Bitcoin software undergoes a change to its issuance directions at some point in the future, there is a possibility of issuing more than 21 million bitcoins.

Can you mine Bitcoin on phone?

Mining bitcoin has become highly competitive, resulting in the use of advanced specialized machines. Phones are not powerful enough to compete with ASICs that are common with Bitcoin miners.

Apple and Google policies against phone mining. Two of the leading mobile phone operating system developers, Apple (iOS) and Google (Android), have banned apps on their platforms that use phone resources to mine cryptocurrencies, including bitcoin.

It is possible to use an operating system other than iOS and Android for mining, such as Linux.

Alternatively, you could opt to jailbreak your iOS or root your Android devices to install unsupported apps that will allow you to mine cryptocurrencies on your phone.

As we pointed out in the first point, it is still untenable to mine Bitcoin even if you manage to install an app to help you with the mining.

Participating in mining Bitcoin is a great way to contribute towards the decentralization of the Bitcoin network.

If you can, you should, and with some luck, you could be handsomely rewarded for your efforts.