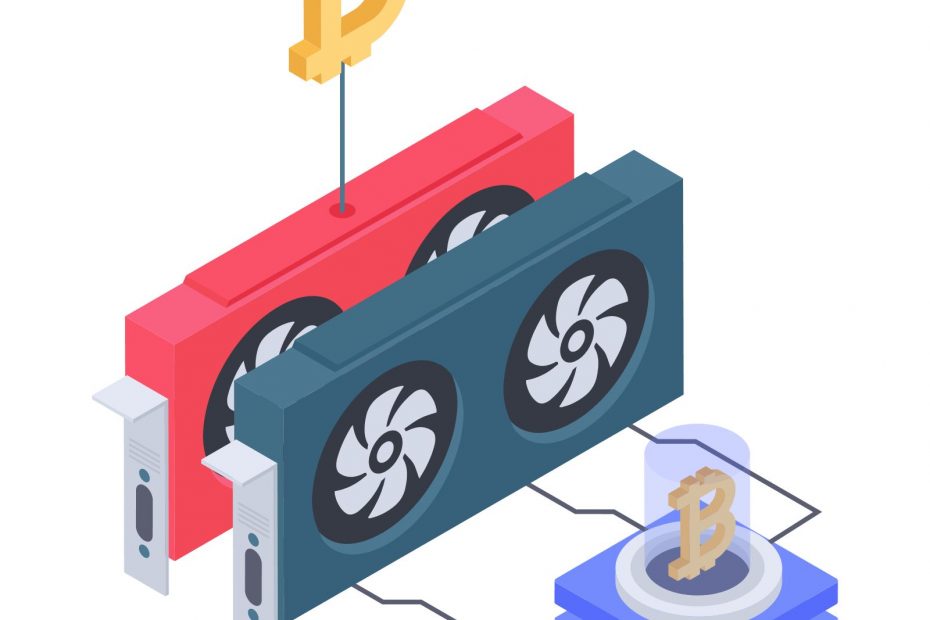 Does Bitcoin Mining Consume GPU? Mine From Home

Everyone already noticed that Bitcoin mining requires exceptional computing components. A common question is whether Bitcoin mining consumes graphic cards. In this article, you will know the details about that.

It did in the past. Since the mining process of Bitcoin involves solving exceptionally complex computational math problems, having the best hardware is a prerequisite.

Before ASIC, Bitcoin miners needed to get excellent GPUs to make the mining process quick and have a chance at validating a block before other miners.

GPUs are usually sought after by gamers who want to play games with high-resolution graphics, but they had a part in the history of Bitcoin mining.

As already mentioned in this article, Bitcoin mining is one of the hardest among cryptocurrencies.

Nowadays, it is estimated that you have one chance in 16 trillion to validate a new block.

Why do miners still insist on it, then? Well, it is because Bitcoin is highly profitable. It is a high-cost crypto coin with one of the largest networks of investors.

What Is Bitcoin Mining?

As a reward, it is given a few BTC coins and the transaction fees to the miner.

Bitcoin mining is necessary to put more BTC in circulation and to allow the network to keep working.

If no one mines, transactions can’t get validated, and new BTC coins won’t enter the chain.

Bitcoin has a fixed number of 21 million units that can get mined.

There is speculation that after all units get mined, two things might happen:

Initially, Bitcoin could get mined with CPUs.

However, CPUs have limited processing speed and high power consumption. That led to limited performances compared to the desired.

Even though many crypto coins can get mined with only the computing power of CPUs, mining Bitcoin with that alone is no longer a possibility.

Mining Bitcoin has taken an entirely professional aspect, and the entering of GPUs into this activity changed the entire experience.

GPUs have multiple benefits over CPUs when it comes to specific tasks such as mining.

Think of a common GPU such as the Radeon HD 5970. It can achieve processing speeds of executing 3,200 32-bit instructions per clock.

On the other hand, an everyday CPU can only execute 4 32-bit instructions per clock.

That is the feature of GPUs that makes crypto miners (and for a time made BTC miners) look for them.

The mining process requires the most efficacy to perform repetitive computations in the minimum time possible.

What the mining device does is to, again and again, try to decode the different hashes. At each attempt, only one digit changes.

Both CPUs and GPUs have Arithmetic Logic Units (ALU). ALUs are responsible for solving the mathematical computations involved in mining.

GPUs, as you are probably already guessing, have more ALUs than CPUs. That way, miners owning GPUs have a better chance at validating blocks and get their rewards.

When GPU was the best option to mine Bitcoin, every Bitcoin miner was after them.

Read: Why Do Cryptocurrencies Have To Be Mined?

How many graphic cards do you need to mine Bitcoin?

Nowadays, using a graphic card to mine Bitcoin is useless.

Since Bitcoin is the most popular crypto coin and makes many people’s eyes shine with the possibility of gaining access to it, the game has stepped up since a while ago.

GPUs are a part of the history of Bitcoin mining. Right now, they have been replaced by ASIC.

ASIC stands for “application-specific integrated circuit.” It is not intended for general use in the same way as GPUs and CPUs.

Although this type of circuit became very popular because of Bitcoin mining, chips designed for digital voice recorders are ASIC too.

Is It Worth Mining Bitcoin?

Many factors come into play when determining if any mining is worth the trouble.

Included is the cost of electricity (the computing system will consume much of it), the availability of the equipment you need and its price, whether it will be difficult to provide the service and the current price of the coin.

Said difficulty is measured in the hashes per second of the validation process for a block. Such hash rate measures the rate of solving the mathematical equation. The more miners on the network, the harder it gets to solve the problem.

Right now, there are many miners on the Bitcoin network.

The network is large, and, as already mentioned, you have one chance in 16 trillion of solving the mathematical equation to validate a new block.

With all that in mind, Bitcoin mining is no hobby.

The entering of ASICs in Bitcoin mining contributes even more to pushing away common people that don’t have the money to invest in expensive hardware.

So, Bitcoin mining can be worth it, but you need to invest hard in it.

Can You Mine Bitcoin From A Home Computer?

This is the question that poses from all that was considered before. And the answer to it is “no.”

You can’t profitably enter the Bitcoin mining network with only your regular computer.

Can you mine other cryptocurrencies at home?

Yes. If you were dreaming about mining cryptocurrencies at home with your regular computer, you still might do it.

Bitcoin is only one among thousands of crypto coins (coins that came after Bitcoin are called altcoins).

What Is The Best Altcoin To Mine At Home?

If you are thinking about mining from home, there are some options to choose from.

In this article, three very easy coins to mine at home already were indicated.

So, let’s take a look at 3 more that can be profitable for you.

Ether (ETH) runs on the Ethereum platform and is one of the most popular altcoins right now.

It is a huge rival to Bitcoin, but it can get mined using GPU or CPU. It is not great to mine if you can only make a small investment.

Although it can get mined at home, you need to start with a generous investment to make a profit.

Zcash was born in 2016 and is an ASIC-resistant altcoin. It was designed to allow anyone to mine it from home with GPUs or even from a CPU.

Mining with CPUs can be arduous, but that will get covered on the following topic. Zcash isn’t as easy to mine, but it is genuinely profitable in the long run.

Our last recommendation goes to the enthusiasts of non-limited supply altcoins. Grin is a recent cryptocurrency launched in 2019.

Grin applies the Cuckoo Cycle mining, making it ASIC-resistant. Another appeal of it is that it doesn’t require a skyrocketing investment to start mining.

As the two coins above, Grin can also get mined with CPU or GPU.

How To Mine Altcoins From Home?

We already covered the difference between the capacity for mining between GPU and CPU.

Also, we are discarding ASIC as “mining from home” since these are very specific components that not everyone can get.

Let’s focus on the ways you can mine from home using a basic computer or with only GPU upgrades.

As the name suggests, this is when you mine all by yourself. You invest in the necessary equipment and start mining.

Depending on the coin you choose, the network can be crowded. Since you don’t share your profits with anyone, the rewards are high. However, competition is high too.

Being the first to validate a transaction is difficult in most networks without a considerable investment in high-performance GPUs.

If you are going for solo mining, Grin is a good option.

This method occurs through servers that join the computing power of different individuals.

The odds of validating a new transaction are much higher this way. Of course, profits get shared among the collaborators of the pool.

Cloud mining doesn’t require you to invest in any equipment at all.

Cloud mining services let you borrow their computing power to mine any crypto you want as long as you pay fees for the mined coins.

You still have to invest money in the service and pay what is due, but you can quit anytime you want.

The myth that goes around non-informed gamers that Bitcoin makes GPU prices go up has been debunked. Bitcoin miners don’t even use GPUs anymore.

However, altcoin miners are still after GPUs since it has become easy and profitable to mine at home by joining a pool.